LEARN HOW NATURAL GAS CAN BE PROCESSED AS A MORE RELIABLE SOURCE OF HYDROGEN FOR FUEL CELLS TO GENERATE MORE EFFICIENT CLEAN ENERGY.

A fuel cell is a device that runs hydrogen and oxygen through chemical reactions in a process that generates electricity and heat which can be harnessed and captured for use as energy sources. On the outside, a fuel cell often looks like a large basic metallic box; on the inside is a series of “cells” arranged in a stack. Each cell in the stack contains two electrodes: an anode and a cathode, like in a typical battery. 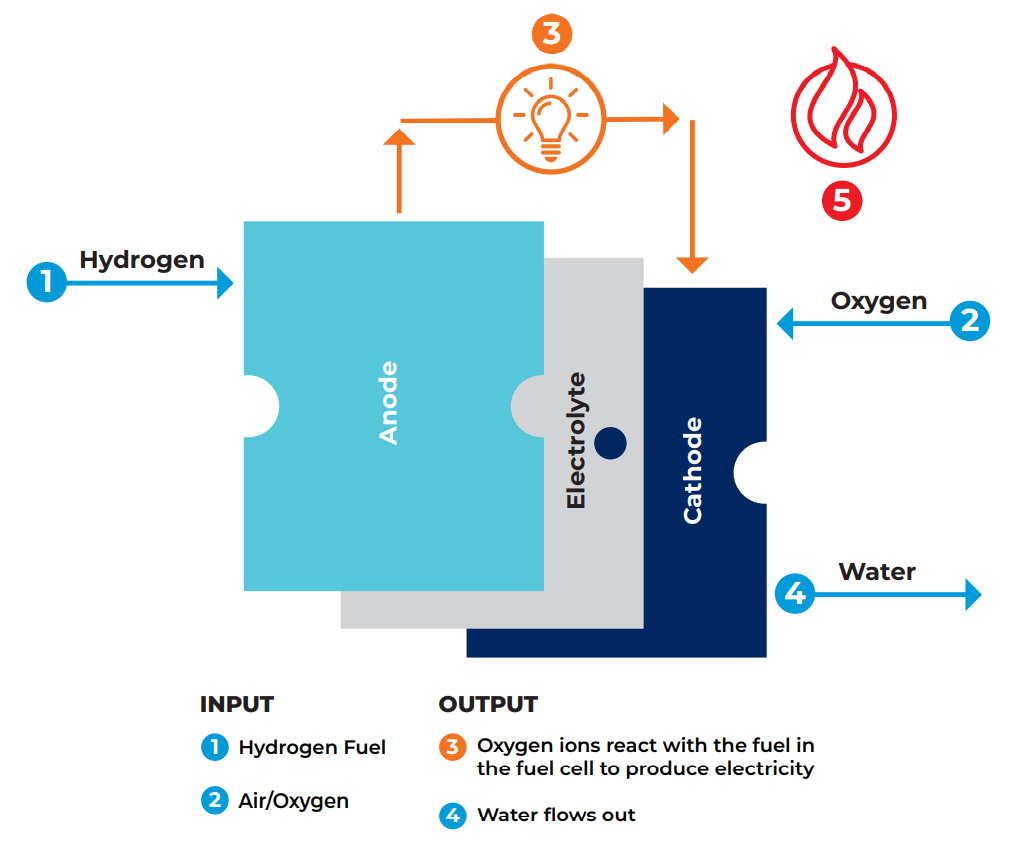 How is a Fuel Cell Powered?

In a fuel cell, hydrogen and oxygen are combined to generate electricity from a fuel source (generally Natural Gas or Hydrogen), with heat, air, and water vapor released as byproducts.

How Does a Fuel Cell Generate Electricity?

A typical fuel cell works by passing fuel, such as hydrogen, through the anode of a fuel cell and oxygen through the cathode with a catalyst in the middle to separate the fuel molecules into protons and electrons.

What are the Benefits of Fuel Cells?

What are the Applications of Fuel Cells?

Fuel cells can be used in a wide range of applications, including transportation, material handling, stationary, portable, and emergency backup power, base load power, and primary power applications.